On Sunday, my iPhone and Michael’s Nokia went for a joy ride on the bonnet of our car.

Mandy was driving, Sarah beside her, and Michael in the back seat. The two phones hitched a ride on the bonnet, unnoticed by the humans. I stayed behind to grease telescope mounts.

Starting at Bidston Lighthouse, they drove down the hill, along Boundary Road, and parked in the public car park by Tam O’Shanter Urban Farm. The humans went off to explore Flaybrick Cemetery, while the phones waited patiently, still on the bonnet. Around about now, I made several calls to the iPhone, trying to establish its whereabouts.

Some time later, the humans returned to the car, and drove back to the lighthouse, to be met by me, asking after my phone. Only then did Michael remember that he’d left the phones on the bonnet. They were there still, none the worse for their adventure.

My iPhone is very lucky. It had previously escaped injury when a camel fell on me. The camel in this picture is Bashar, who is stronger than the one that collapsed as we tried to mount it. 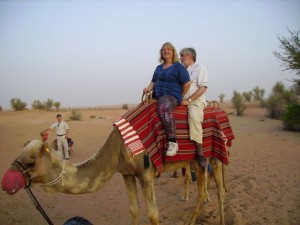