I recently acquired an old wages bill from 1805, which begins:

“Account of wages of three Men employed in the charge of taking care of the Alarm Beacon at Bidston Lighthouse in the County of Chester from the 1st to the 31st of May 1805, boath days Inclusive.”

The three men were William Urmson, Richard Urmson & William Corfe. They were paid 2 shillings per day each, and shared a fuel allowance of 9 pence per day. The bill was signed by John Oky Lt. at the Signal Station, and approved by William Frederick Lt. Gen.

I assumed at first that this was just the normal wages of the lighthouse keepers on Bidston Hill. But why did the bill talk about the Alarm Beacon? The lamp in Bidston Lighthouse might well be called a beacon, but its purpose, when lined up with Leasowe Lighthouse, was to light a safe passage through the channels of Liverpool Bay, not to warn off approaching shipping. And why were the men being paid through the army? Was this another kind of beacon altogether?

I already knew that William Urmson was the keeper of Bidston Lighthouse from 1797 until 1835. Richard Urmson was probably William’s son by his first wife Mary, Richard Wilding Urmson (1789-1817). The Corfe family have long been associated with farming on Bidston Hill. It turns out that William Frederick, who then had the rank of Lieutenant General in the Army, was none other than the great-grandson of King George II, soon to inherit the duchies of Gloucester and Edinburgh, and later to be known as “Silly Billy”.

In May 1805, Britain was at war with Napoleon, George III was on the throne, and Nelson was an Admiral in the Royal Navy. The French fleet had just broken the British blockade at Toulon in April, and were at large in the Atlantic. The Battle of Trafalgar (21 Oct 1805) was yet to be fought. There were real fears of a French invasion, and preparations had been made throughout the land, including an extensive network of alarm beacons.

This wasn’t the first time that beacons had been erected on Bidston Hill. In 1588, the year of the Spanish Armada, beacons were readied all along the coast of Britain, including one on the summit of Bidston Hill, and another at the top of Everton Ridge, overlooking the then small but important port of Liverpool.

As I write this, preparations are being made for the Queen’s Diamond Jubilee celebrations. Already, more than 2600 sites have signed up to light a beacon between 22:00 and 22:30 on the evening of 4th June 2012.

Will Bidston Hill join in? The possibility is still being discussed.  At first it sounds like a lot of fun, but what if the fire gets out of control? Fire has always been a problem on Bidston Hill. In the summer, the gorse dries out, catches fire easily and spreads rapidly when fanned by the stronger-than-average winds that Bidston Hill is exposed to. A fire, apparently extinguished, can smoulder in the peat deposits, travel underground and break out somewhere else. It is difficult, sometimes impossible, to bring fire engines close to the blaze, and the water pressure at the few hydrants on the hill is low. So as much as I’d like to see a beacon lit on Bidston Hill this jubilee, I’ll understand if caution prevails. 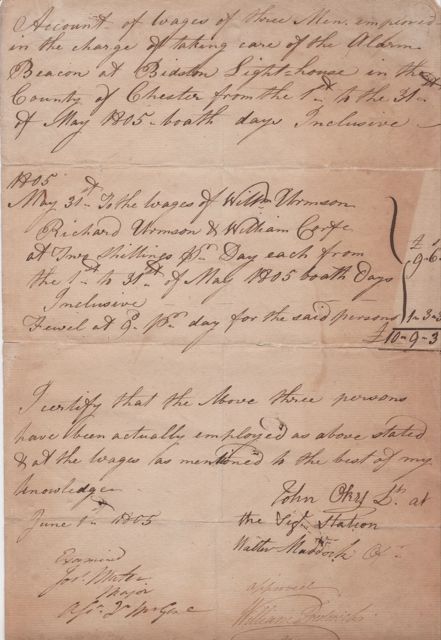 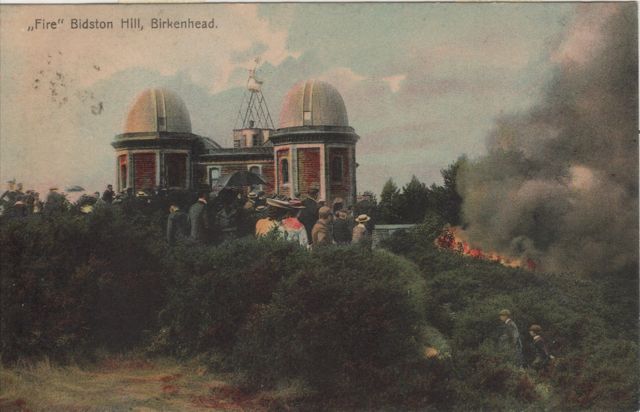 1 thought on “Beacons on Bidston Hill”