At Bidston Lighthouse, we celebrated Burns Night two days early this year – Sunday’s a better day for recovering than Tuesday.

We addressed the haggis, dowsed it with a wee dram of single malt, and served it with too-generous portions of tatties and neeps. Then we addressed the rest of the bottle; this year a fine Bruichladdich, following on from last year’s superlative Ardbeg Uigeadail. Sometimes I rant about the redundant words “the sake of” that defile most people’s renderings of Auld Lang Syne, but not this year: ITV got it right in the last episode of Downton Abbey (did anyone notice?), and my guests were spared.

During the proceedings, I proposed a toast to Edward Quaile. I had to explain why.

The Quaile family moved from Dumfries, Scotland to Liverpool around the 1830s, where Edward was apprenticed to a cotton broker. By 1870, he was President of the Cotton Broker’s Association, and living in Birkenhead. He built up an enviable collection of illuminated manuscripts and other antiquities.

In his retirement, Quaile applied himself to literary pursuits, and wrote a few obscure books:

Quaile was a member of the committee that campaigned for the acquisition of Bidston Hill for the public. His little volume, “Bidston Hill Preserved” was published at the height of the campaign, and was instrumental in the campaign’s success.

Amongst Quaile’s collection of antiquities was one artifact of singular significance to Burns Night: the last razor that Robert Burns, the bard himself, ever shaved with.

Is that not enough to earn Edward Quaile a toast on Burns Night in Bidston Lighthouse? 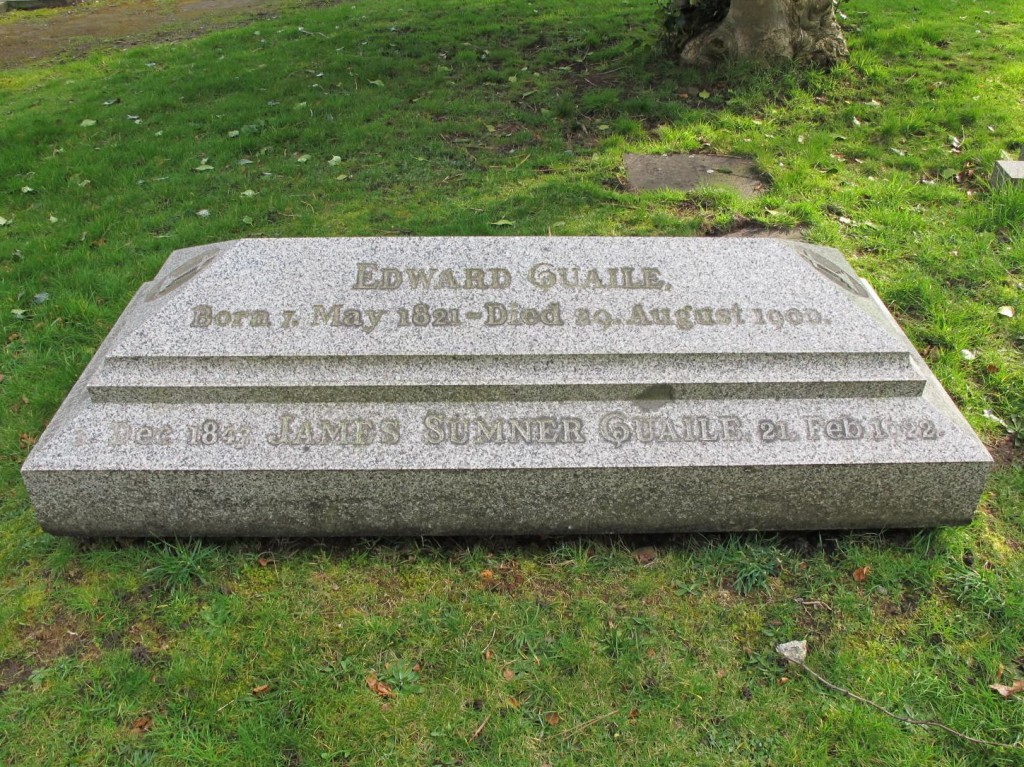 Death of Mr. Edward Quaile — The death is announced, at the advanced age of 79 years, of Mr. Edward Quaile, of the firm of Messrs. Eason, Barry and Co., cotton brokers. The deceased gentleman, who had suffered from ill health for several months, was one of the oldest cotton brokers of this city, and enjoyed the esteem of the whole of the Cotton Brokers’ Association, of which, so far back as the year 1870, he was president. Mr. Quaile served his apprenticeship with Messrs. Eason and Barry, being afterwards taken into partnership. About the year 1885 he retired from business. During his leisure hours he engaged in literary pursuits, and also devoted some attention to antiquarian and archaeological research. “Illuminated Manuscripts : Their Origin, History, and Characteristics,” written by Mr. Quaile in 1897, was a work which deservedly attracted attention.