This is a photograph of the lens that was installed at Bidston Lighthouse in 1873. 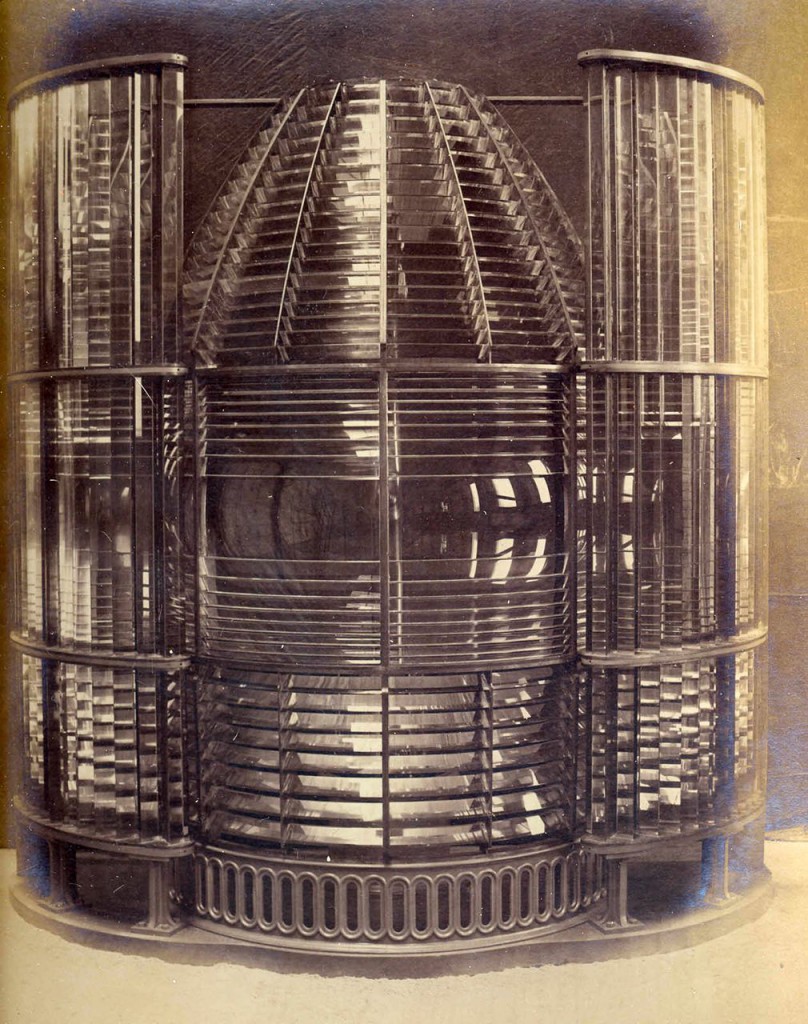 It was a first order dioptric lens with vertical condensing prisms, manufactured by Chance Brothers of Birmingham. The photograph was taken in the factory, before the lens was dis-assembled, shipped to Bidston Hill, and re-assembled in the lamp room of Bidston Lighthouse.

It shone every night for forty years, until it was finally switched off on 9th October, 1913, at sunrise.

We don’t know what happened to it after that. Did it sit, forgotten and ignored, in Bidston Lighthouse for many years? Was it transferred to a museum? Or was it re-deployed in another lighthouse?

National Museums Liverpool don’t have it (but they do have a smaller one that was used at Hale Head Lighthouse).

Given that it was a very expensive piece of equipment, originally costing much more than the tower that housed it, it would have made sense to re-deploy it another operational lighthouse.

Have you seen our lamp?

In the Mersey Docks and Harbour Board collection at the Merseyside Maritime Museum’s Archives, there is a “worked up paper” on lighthouses.  It contains a memorandum for October 1913, stating that the Board agreed to a suggestion from the Marine Surveyor “that the lighting apparatus at the Bidston Lighthouse be fixed in the North Wall Lighthouse in substitution for the present one”. The North Wall Lighthouse, also known as the Bootle Lighthouse (or Bootle Bull) was built in 1877 at the north end of Liverpool’s Dock system, and discontinued in 1927 to make way for Gladstone Dock. 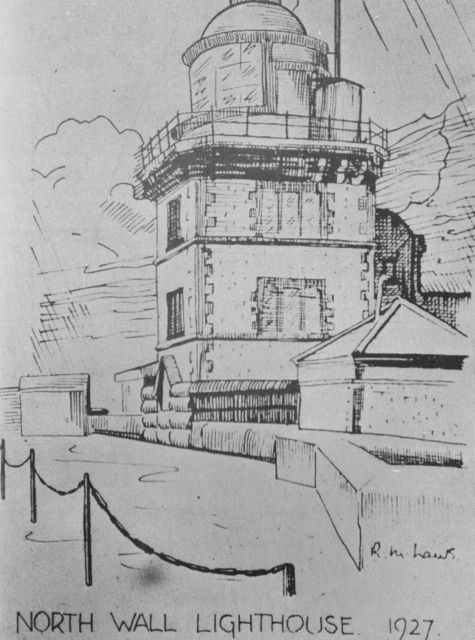 The minutes of the Marine Committee of the Mersey Docks and Harbour Board for 21 Nov 1927 state that “The Account Sales in respect of Glass Prism Panels &c from the North Wall Lighthouse were submitted”. Unfortunately, the minutes do not record who bought the prisms, nor how much was paid.

My thanks to Thomas Tag for bringing the photograph to my attention, and to the helpful staff at the Merseyside Maritime Museum’s Archives.