Bidston Lighthouse is not for sale, contrary to reports in the Sun today (Wednesday 20 August, 2014).

The Sun ran a short article about publicly owned property up for sale and gave it pride of place on page 2 (adjacent to the midriff of the page 3 girl). Sun readers were informed that:

Also up for auction is an airfield, and the Bidston Observatory, Merseyside, which comes with a laboratory and lighthouse.

The Sun has managed to squeeze three factual errors into a single sentence.

The Grade-II listed Bidston Observatory is for sale, but not by auction. It has been on and off the market for ten years. Whoever buys it will be taking on a massive responsibility. A buyer who accepts the moral duty to preserve this important piece of Merseyside heritage and finds a way to open it to the public will be able to count on considerable community support, and ours. Conversely, a buyer otherwise inclined should expect opposition at every turn.

The laboratory would be the Joseph Proudman Building, which was demolished in February 2013. Neither the freehold nor the leasehold of the vacant site, which was originally the kitchen gardens for the lighthouse, is currently on the market.

The lighthouse is privately owned. We are not selling. But visitors are welcome on open days and other special occasions. We still have a few places left on tours we’re running for next month’s Wirral Heritage Open Days.

Ironically, Bidston Observatory is publicly owned but is not open to the public at all.

In defence of the Sun, they are not the first to confuse the Observatory and Lighthouse. This postcard, based on an 1830 engraving of the old Bidston Lighthouse and Signals Station has the caption “Bidston Hill Observatory 1830”. The Observatory was not built until 1866, when it replaced the original Liverpool Observatory which was forced to relocate due to the expansion of Waterloo Dock. 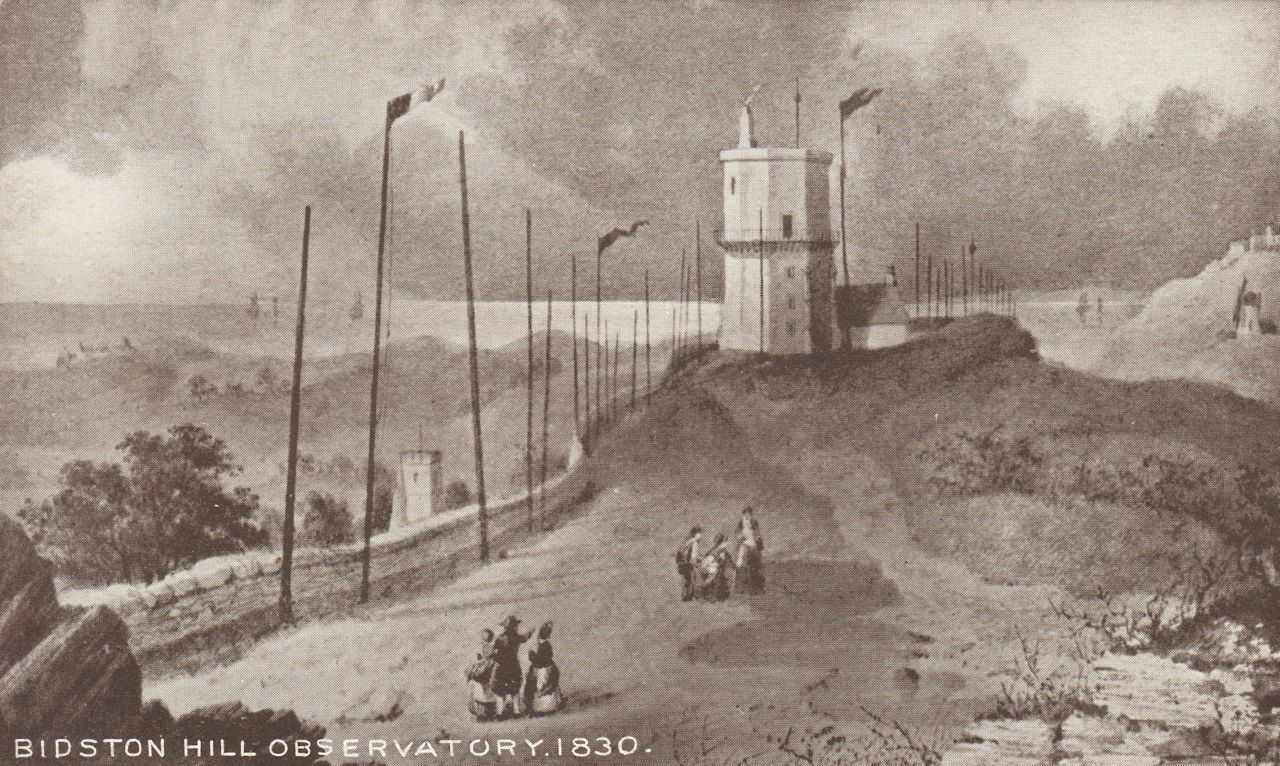